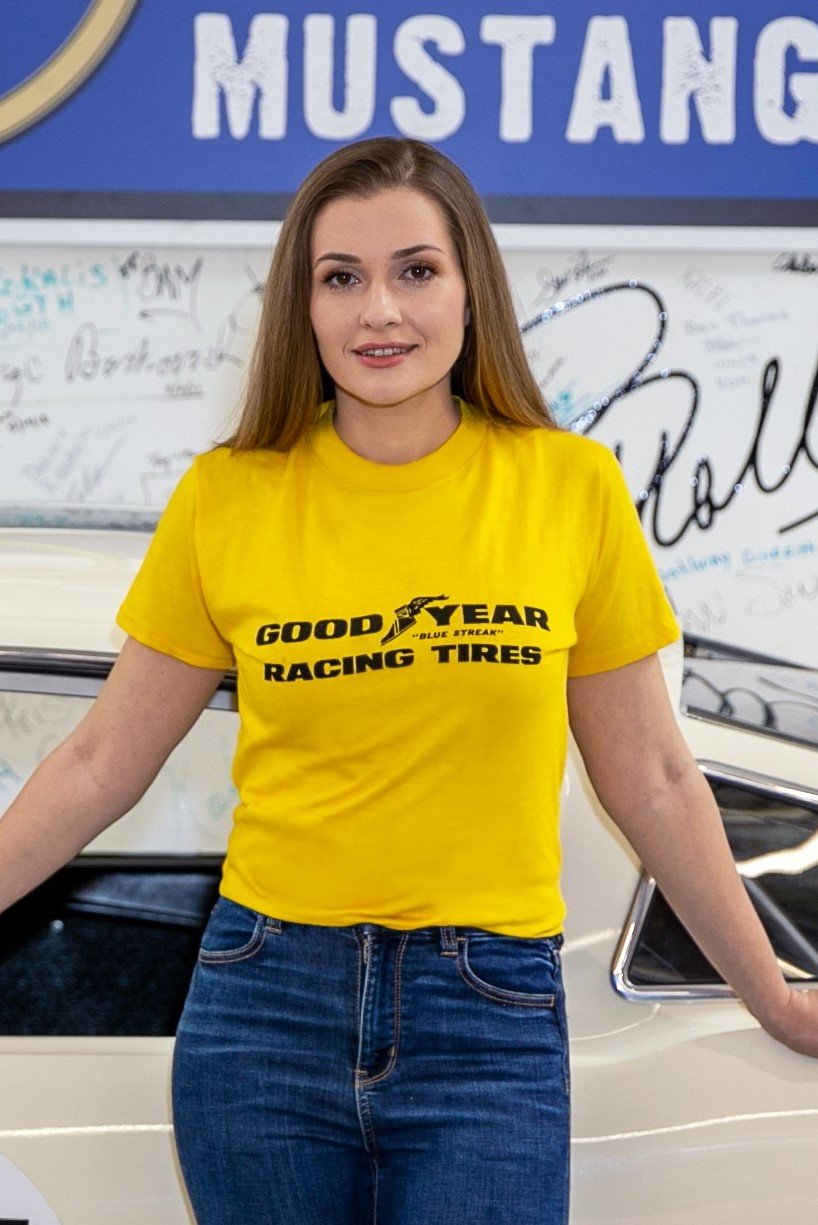 During the 1960s, the Goodyear Tire Company was heavily into various forms of racing. When Goodyear wanted to gain major recognition of its new T33 racing tire, Shelby American designer Peter Brock suggested a unique T-Shirt to promote it given Carroll Shelby’s popularity as a distributor.

Peter wanted to create something different from all of the shirts available. He devised a plan to roll an actual T-33 race tire through some black ink and then across the back of a bright yellow t-shirt. The result was the extremely rare, bright yellow T-Shirt with an actual tire tread mark running up the back.

While the shirt also features Goodyear text on the front, it is the back that drew the most attention. The T-Shirt collar was sewn on after the tire design was applied to the shirt.

The cotton material used so thin that it was almost see-through, most likely due to cost constraints along with fabric manufacturing technologies. While Peter wanted to use a better grade of material for the shirts but Carroll said,“… they guys are going to wear the shirt once or twice, then wash their cars with it and throw it away, don’t bother.”

As usual, Carroll was right.

The Shelby American employees were each given a couple of these T-shirts for free, including OVC team members who wore them in the shop. After wearing and washing the shirts a couple of times, the shirts became so misshapen that they often became shop rags. Eventually they ended up in the trash, which is why so few of these ionic Goodyear tire distributor shirts survived. These are the rarest of rare Shelby American Venice era T-Shirts.

The Original Venice Crew has recreated these iconic rare “tire tread T-Shirts.” Just like the other continuation products we offer, we acquired one of these rare original Yellow Tread shirts as a benchmark and model. Our shirts are true to the tire design and we too sew on the collar after the tread application. We included this step specifically for authenticity purposes. Our very light, custom made cotton material mimics the original that was produced in Los Angeles, California. To the best of our knowledge, this is the first continuation of this iconic Yellow Tire Tread shirt.