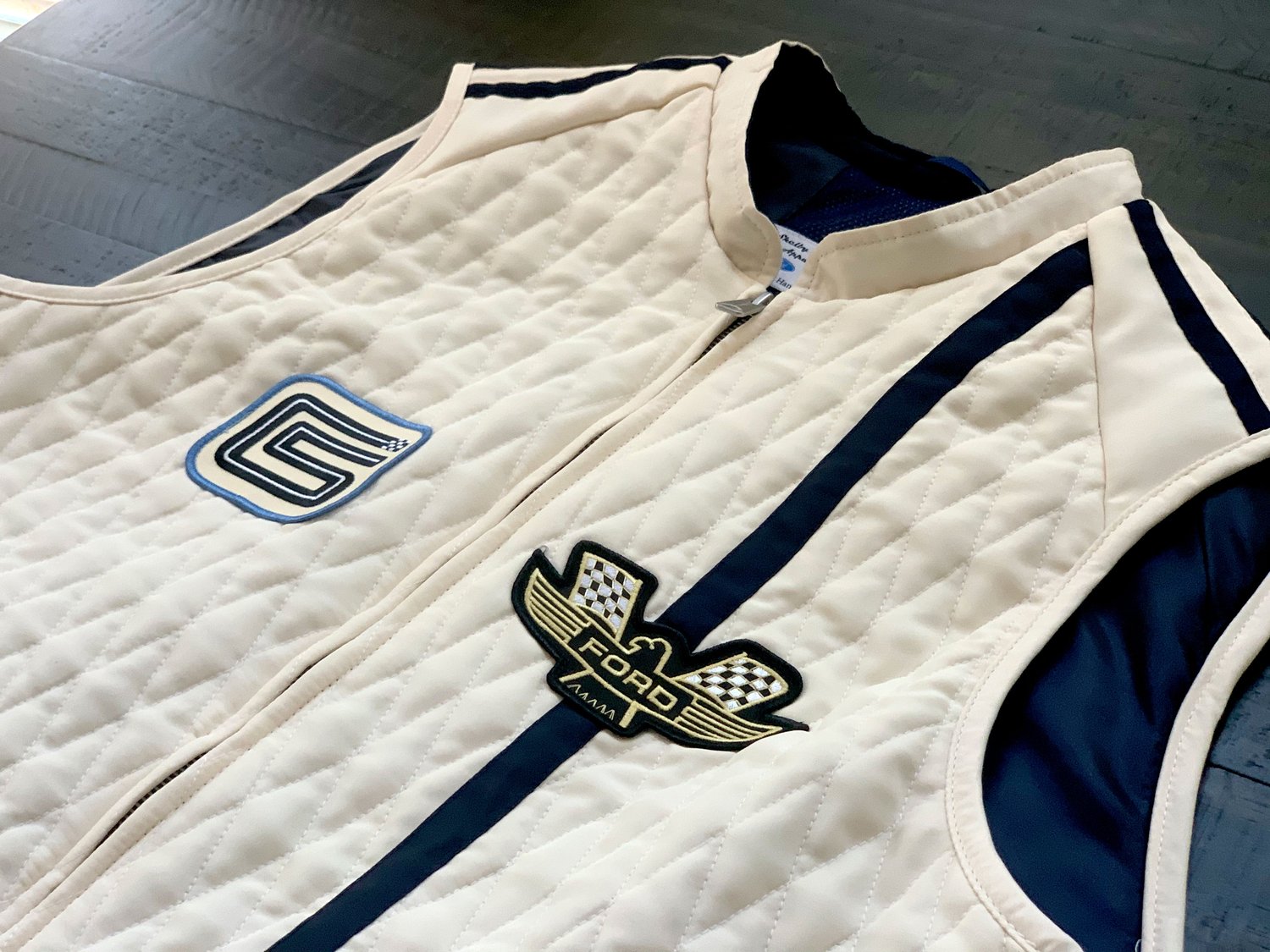 The team jacket was designed by Peter Brock for the 1965 racing season with his adornment of the Ford and Shelby American patches and distinctive racing stripe sleeves. The jackets were provided only to the team members for the ’65 Dayton race.
Each jacket had a unique quilted nylon outer shell with the guardsman blue inner lining. The jackets have a nylon hood, hidden under the collar. These jackets were prized by each team member who received one. The jackets were never available to the public. Only a Shelby Team member received one. Today, the original jackets sell for between $11,000 and $22,000, provided an original can be found.
Living in southern California and other southwest communities a complete jacket is too heavy to wear for most to the year. OVC Limited, working with the original designer of the jacket and other Original Shelby Team members, the Shelby Team Vest was authorized. The Shelby Team Vest is a fully authentic regeneration of a Shelby Team member’s jacket without the sleeves or hood. The outer shell was located after an extensive search for material that felt like and performed like the original. An extensive final washing and treatment process was developed to obtain a feel that is as close to identical to the original as possible. We know of no other jacket that uses this process. The unique diamond-shaped quilting is legendary in racing circles and no other team had such a stunning piece. The quilting material is specially selected to mimic the original puff.
The inner liner is guardsman blue with the original style mesh centered in the lining. The zippers are from Ideal and the zipper tape is dyed the specific blue as the original for enhanced detail. The patch logos are made to the original specification with 100% cotton twill. This vest is truly a unique product using processes not normally found to produce such a vest. The research and construction of this vest took nearly a year of research, development, and testing coupled with exacting production samples.
Finally, this vest is proudly produced in the United States.