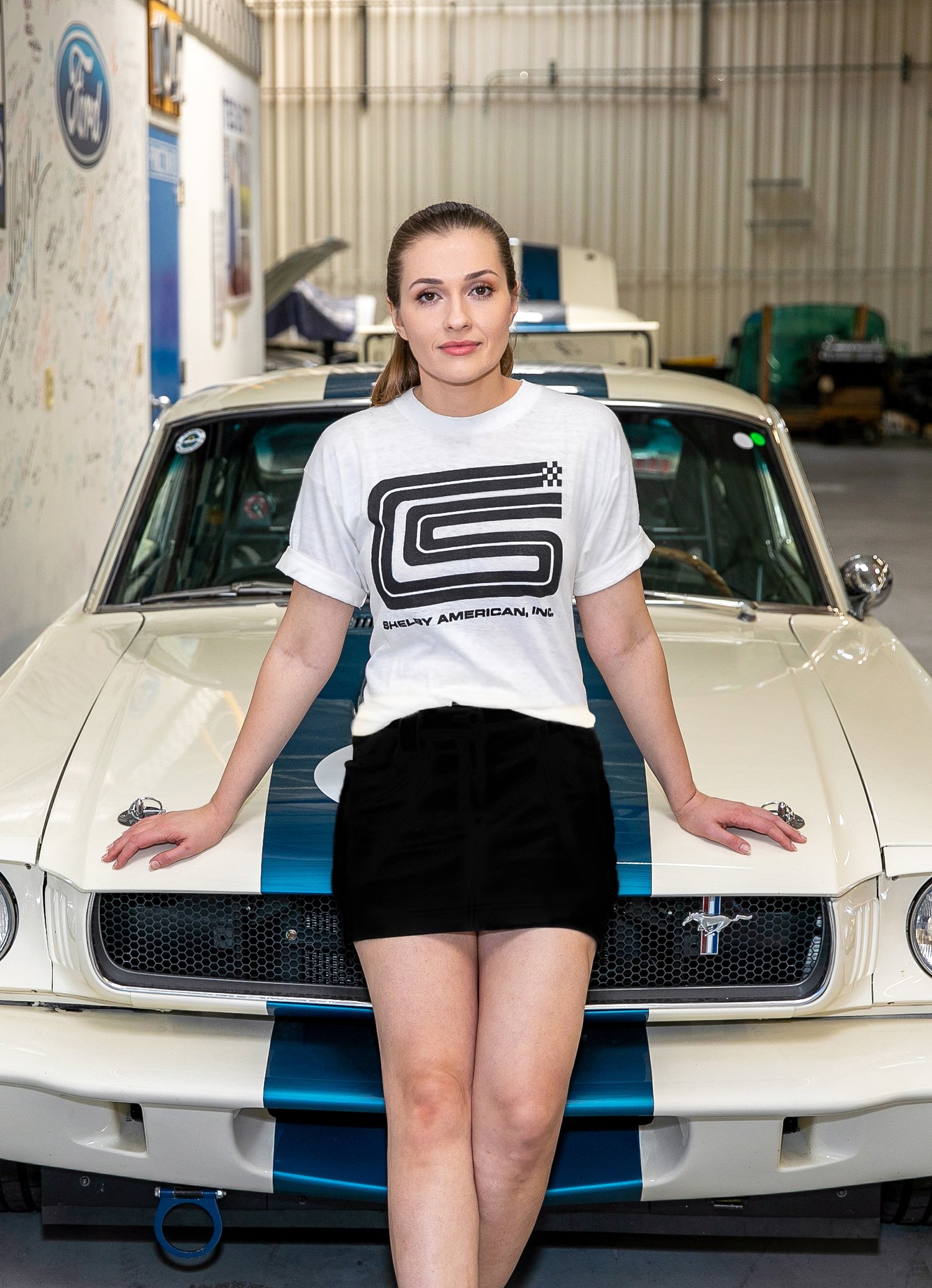 Shelby American founded its first official location at 1042 Princeton Drive in Venice, California. It was home to both Shelby’s race shop and headquarters from 1962 through 1965.

When the team began to race, Carroll Shelby and Peter Brock wanted all of their team members to be instantly recognized. Peter’s first thought was to create a T-Shirt as it was the fastest and least expensive way to gear up the team.

Peter first designed a T-Shirt with only one word on the back: “COBRA,” in red letters with little copy on the front. During one of the races, Peter felt that the single COBRA on the back of the shirt looked lonely.

So, his next design included the now-iconic "COBRA COBRA COBRA Powered by Ford COBRA COBRA COBRA" phrase. This is the shirt that virtually everyone wore daily while being a part of the Shelby American team, especially hot race weekends.

The cotton material used so thin that it was almost see-through, most likely due to cost constraints along with fabric manufacturing technologies. While Peter wanted to use a better grade of material for the shirts but Carroll said,“… they guys are going to wear the shirt once or twice, then wash their cars with it and throw it away, don’t bother.”

The Shelby American employees were each given a couple of these T-shirts for free, including OVC team members who wore them in the shop. After wearing and washing the shirts a couple of times, the shirts shrunk and became so misshapen that they often became shop rags. Eventually they ended up in the trash, which is why so few of these ionic Cobra Cobra Cobra shirts survived. These are the rarest of rare Shelby American Venice era T-Shirts.

These shirts are true to the original design. We inscribe the large CS logo on the front, just as Peter designed. The very light cotton material was custom made in Los Angeles, California and is an excellent mimic of the original.